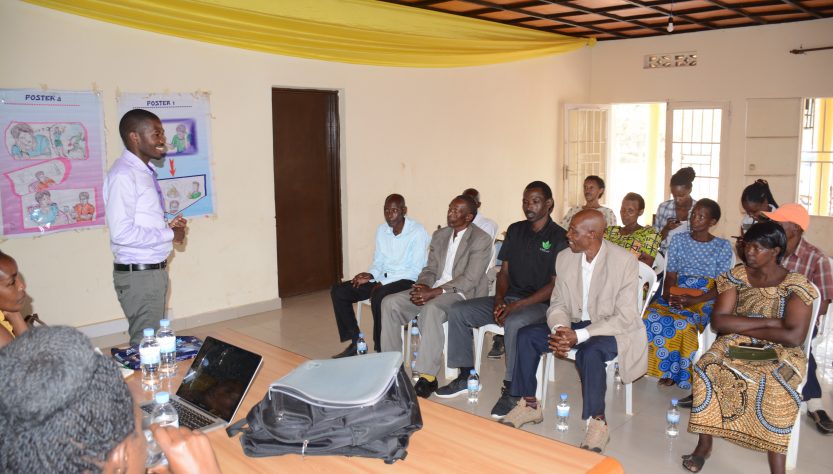 After the CRM skills training in each districts above, the trainees formed association called “ Resilience association”. It mean a group of genocide survivors who had trauma more than others and trained CRM skills and impact trauma healing and building resilience in them. Since then, we had 4 associations from different districts in southern province of Rwanda.

In the starting point, these beneficiaries were really traumatized and have more trauma symptoms including experiencing and flashbacks of traumatic events, depressions comorbidities, hypervigilants. … The recruitment of them were based on the information from districts levels and the list RRGO received from Director coordinator in charge of health and disease prevention from each district. After the project, they meet one time per month under their association and discussing on their resources and positive stories; they help each other. After three months, each group was visited by RRGO staff and does refresher trainings and asks them any challenges and opportunity in keeping using CRM skills in their daily like in rural area

On 30th April 2019 RRGO staff including Ernest RUKINGA and Samuel Habimana visited three groups of resilience association from Huye and Nyamagabe districts, Kamonyi. After 4 years of introducing CRM skills project on them, they are presenting image of recovery, reconfiguration and resilience from trauma. They had make cooperative and they are now making improve not only their mental health by also their social economic development. Resilience is strong when it is feeded and extended by using resource and resource intensification.

1. RRGO is implementing the project of building resilience on 1994 genocide survivors.

2. RRGO continues teaching and training the community health workers about trauma prevention and its healing techniques.

3. RRGO is working on the project of laughter yoga on peace and forgiveness